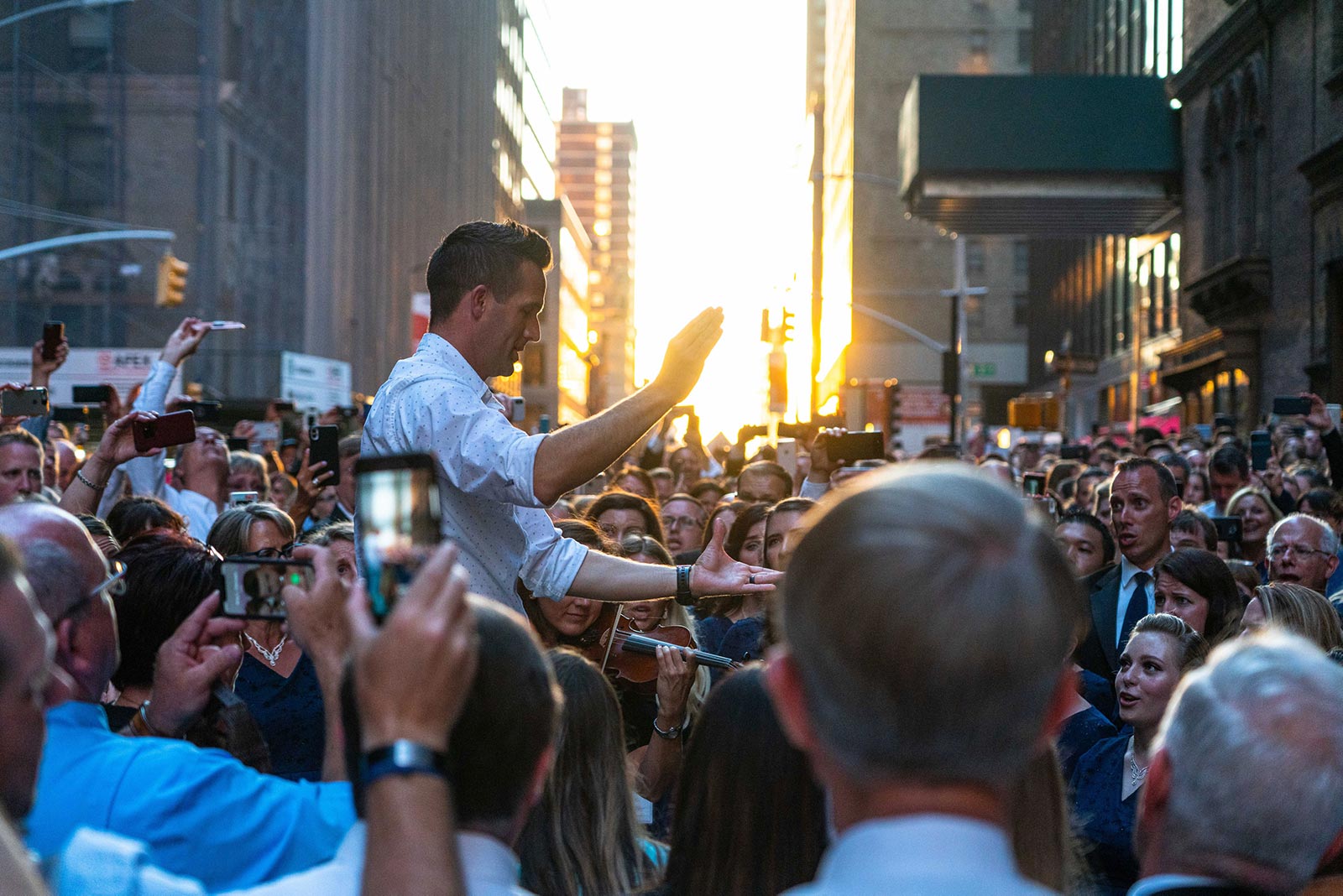 Brandon Stewart and his wife, Heather, are the parents of three children. He co-founded Millennial® Choirs & Orchestras with his brother in 2007 while completing studies at The Juilliard School in New York City. Brandon is a conductor, pianist, vocalist, and composer. For the past 15 years he has devoted his life to educating and training thousands of youth and adults across the western United States and has conducted more than 150 choral/orchestral performances in concert halls nationwide. Brandon specializes in the proper vocal development of singers of all ages, and he is known for his passionate approach to rehearsing and performing. He particularly loves working with the youth of MCO and inspiring them to rise above mediocrity.

Brandon has performed several piano concertos with the MCO Symphony Orchestra over the years. Throughout his youth and college career, he enjoyed competing in national and international piano competitions. He was second-prize winner of the Juilliard Concerto Competition in 2007. In 2005 he took first prize at the MTNA national collegiate piano competition, winning a new Steinway grand piano. His recording of Gershwin’s “Rhapsody in Blue” is featured on MCO’s Billboard chart-topping album To Be American.

Brandon enjoyed extensive studies in piano, voice, chamber music, and choral music throughout his schooling. He received a master’s degree from The Juilliard School and a bachelor’s degree from Brigham Young University. His esteemed mentors include Jerome Lowenthal, Stephen Clapp, Irene Peery-Fox, Clayne Robison, Rosalind Hall, Ronald Staheli, Ted Reid, and Susan Bana. In addition to his full-time career with MCO, Brandon devotes his energies to his family, religion, and friends. He enjoys being active outdoors, camping, mountain biking, landscaping, horseback riding, and water sports. He resides in Arizona with his family.