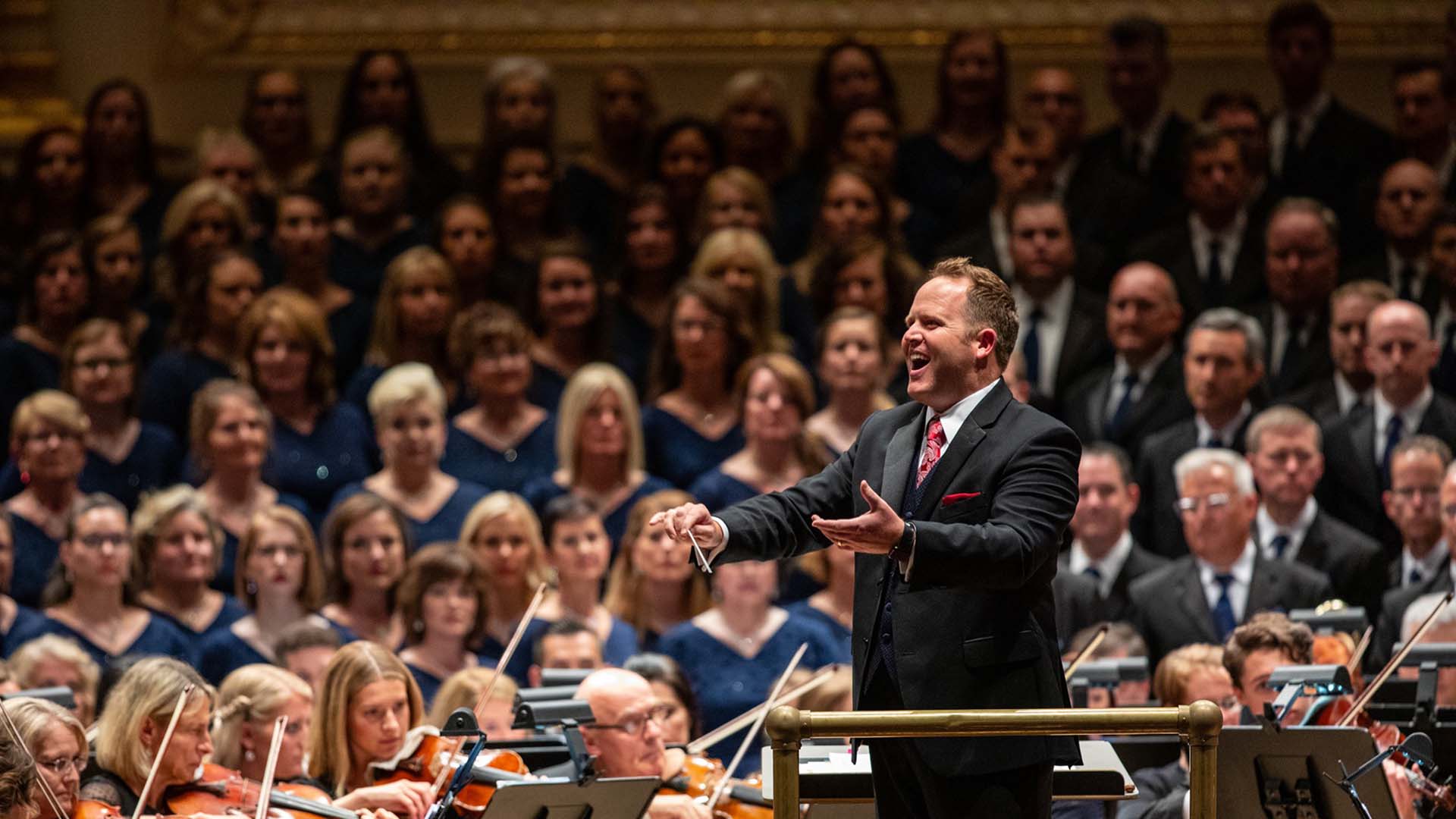 Dr. Cory Mendenhall and his wife, Aprel, are the parents of four beautiful children. Mendenhall serves as Dean & Musical Director of Millennial® Choirs and Orchestras (MCO®) and principally administers MCO’s Utah and California locales. Alongside his colleagues, Mendenhall has served as conductor for four of MCO’s albums: Star of Wonder, To Be American, Amazing Grace: Songs of Atonement, and Millennial Song (several of which have topped the Billboard charts.)

Prior to his work with MCO, Dr. Mendenhall served as Director of Choral Activities at Maple Mountain High School and Provo High School respectively. His nationally renowned high school choirs were celebrated for their beautiful tone, stellar musicianship, and choral artistry.

Aside from his work with MCO, MMHS, and PHS, Dr. Mendenhall served as Artistic Director and Conductor of the Mapleton Chorale (2003–2013). Cory enjoys serving as an organist at the Provo (Utah) Missionary Training Center for The Church of Jesus Christ of Latter-day Saints and spending time with his wife and children, parents John & Lenna Mendenhall, and extended family & friends in Utah’s stunning mountains.